Search
It happened during the night. The Moorish rulers of the Al-Gharb – Algarve’s original Arabic name – knew that sooner rather than later they would be fiercely assaulted. They also recognized that there was only a handful of defendable locations between the upland mountains and their largest cities. One of those locations – which they called ‘Batirna’ – was especially important, since it dominated a bottleneck along the old Roman road linking the hilly Barrocal to the all-important coastline. 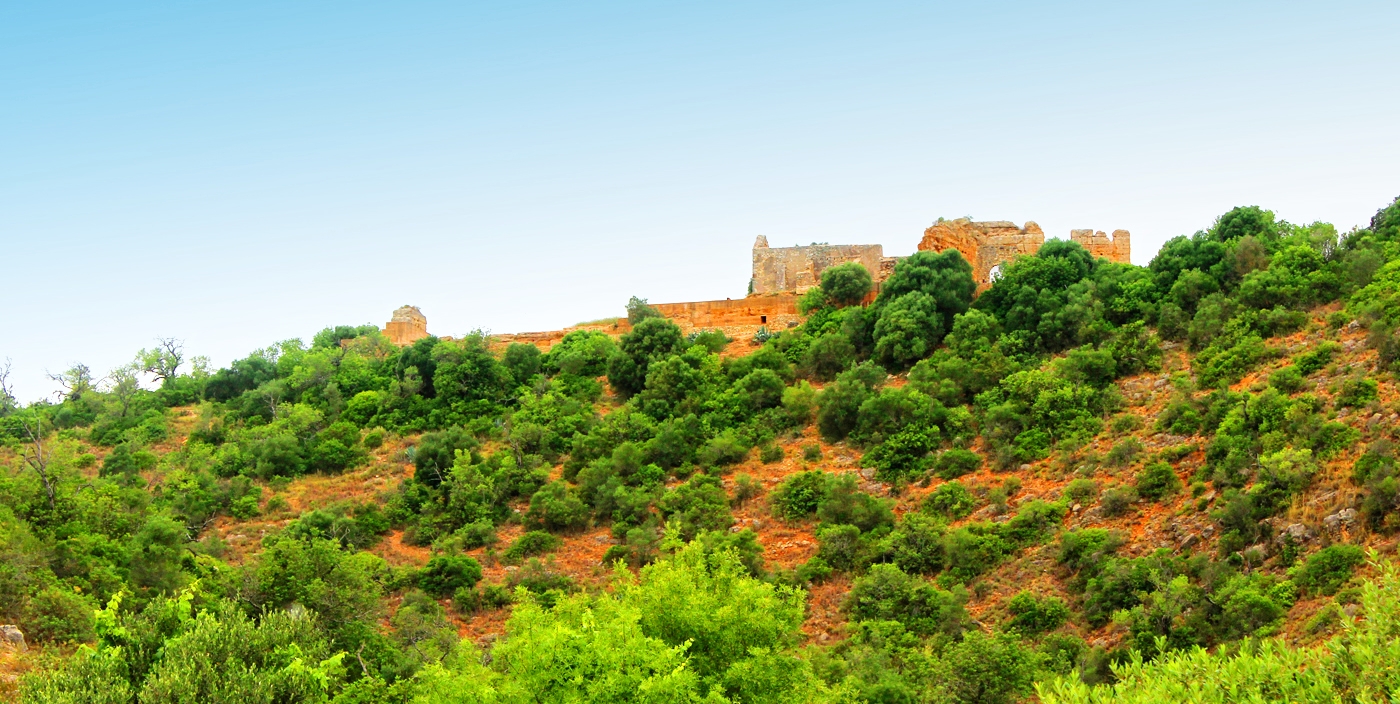 And it would be game over for the Almohad Caliphate if the Portuguese troops reached the coast, in what is now southern Portugal. But the Moorish stronghold in Batirna (Paderne) was perfectly built to take advantage of its many natural assets: a narrow valley with steep slopes and a single entry point; fertile red soils to sustain both a military garrison and the civilian population; and above all, a reliable access to freshwater in a perennially dry place.

Paderne is located at the heart of the Algarvian Barrocal, a region totally implanted on limestone bedrock. Dated from the Jurassic Period (201 – 145 Million Years Ago), this highly porous bedrock is one of the reasons why there are so few significant surface water streams in the Algarve (there are big aquifers, though). Here, most watercourses exist under a ‘torrential regime’, meaning that water only runs intermittently and whenever there is enough rainfall to feed the watershed. That is also the case with the water stream found in Paderne, called ‘Ribeira de Quarteira’. There, Moors used it to build a complete system of watermills and dams. Profoundly altered over the centuries, the first of those structures can be seen a few dozen meters from the place where the trail starts. The archaic dam creates a water reservoir where it is sometimes possible to observe ducks, herons and egrets. But what you will definitely notice is the rich Mediterranean riverside vegetation, composed of Oleander (Nerium oleander), African Tamarisk (Tamarix africana), Tamujo (Flueggea tinctoria) and Narrow-leafed Ash (Fraxinus angustifolia).

This riparian gallery supports several native animal species, including amphibians like the Mediterranean Tree Frog (Hyla meridionalis) and birds like the Melodious Warbler (Hippolais polyglotta) and the Iberian Chiffchaff (Phylloscopus ibericus). Unfortunately, large tracts are also covered by the ferociously invasive Common Reed (Phragmites australis). You will then proceed parallel to Ribeira de Quarteira towards a three-arched bridge, a fundamental part of the Via Lusitanorum road connecting the Roman cities of Olisipo (modern Lisbon) and Ossonoba (Faro). Probably damaged by the Great 1755 Earthquake, this structure was refitted in 1771.

If you are visiting during spring, this stretch will offer you a colourful and perfumed trip: due to its climate and geomorphology, the Barrocal is home to a diversity of calcicole plants – those plants thriving on calcareous soils – like the Portuguese Lavender (Lavandula latifolia), the Shrubby Jasmine (Jasminum fruticans) or the wild Olive Tree (Olea europaea var. sylvestris). Keen birders should look out for the long, fanned, showy black & white tail of the Rufous-tailed Scrub Robin. With its scattered bushy patches, the area around Paderne is one of the best places in the Algarve to observe this interesting dry-country bird. At the bridge it is possible to see the rustic ruins of an old grist mill, accompanied by a traditional oven dated from the 18th century. At this point, the trail starts a gradual ascent, and you’ll then contemplate the tree crops typical of Mediterranean climate regions, consisting of fig, carob, olive and almond trees. Almond trees were introduced in Portugal by the Moors back in the 8th century; but their glorious time in southwestern Iberia was running out fast, after more than four centuries of enlightened dominance. Following the trail, you’ll make the way up to the ochre-coloured castle. By doing that, you’ll probably be following the route taken more than eight hundred years ago by a Portuguese assault party, dutifully aided by a handful of English crusaders. This attack, commanded by King Sancho I of Portugal, marked the opening salvo made by Christian troops on central Algarve. The year was 1189, and indeed, it happened during the night.

Paderne Castle Walking Route Map: check markers to get directions or open with Google Maps
Further Tips
Despite its proximity to the A22 motorway – also called ‘Via do Infante’ – there is no direct route connecting the motorway and the place where the trail starts. In case you’re driving and using Via do Infante, first you have to find your way to Paderne, Ferreiras or Boliqueime (please check directions on the map), depending on your departure point. There are two alternative starting points to this trail. One of them, much longer, will take you through farmland and olive groves. It starts in Fonte de Paderne. The other walking route starts right under the A22 viaduct. Both places offer ample space to park your car. In fact, surrounding the castle there are several different routes; however, we think the one described along this page encompasses all the most interesting features. One of the routes requires that you cross the Roman bridge and the dam; in winter, that may not be possible due to the high water level. Please enjoy!


Planning a visit to Albufeira?
Then take a closer look at the Castle (or, more accurately, at the ruins). The Castle has lost its shine since the Great Lisbon Earthquake in 1755, but there is architectonic and historical significance behind the ochre-coloured ruins. This crippled stronghold has both a bloody past and a truly rare and remarkable architecture. The most notable aspect is perhaps its rather curious building technique, called ‘military taipa’ … (learn more about Paderne Castle).