Search
It is one of Europe’s most stunning coastlines. It is also one of the wildest, least explored and most biodiverse protected territories within Iberia. Look no further if you desire ‘off-the-beaten-track’ holidays: the Southwest Alentejo and Vicentine Coast Natural Park has deserted beaches aplenty, stunning landscapes rich in wildlife and neat backwaters. In fact, from the town of Sines up in the north to Cape Saint Vincent down in the south, there are thousands of acres with no major city in sight – there are only quiet small towns, quaint villages and tiny hamlets that time forgot. 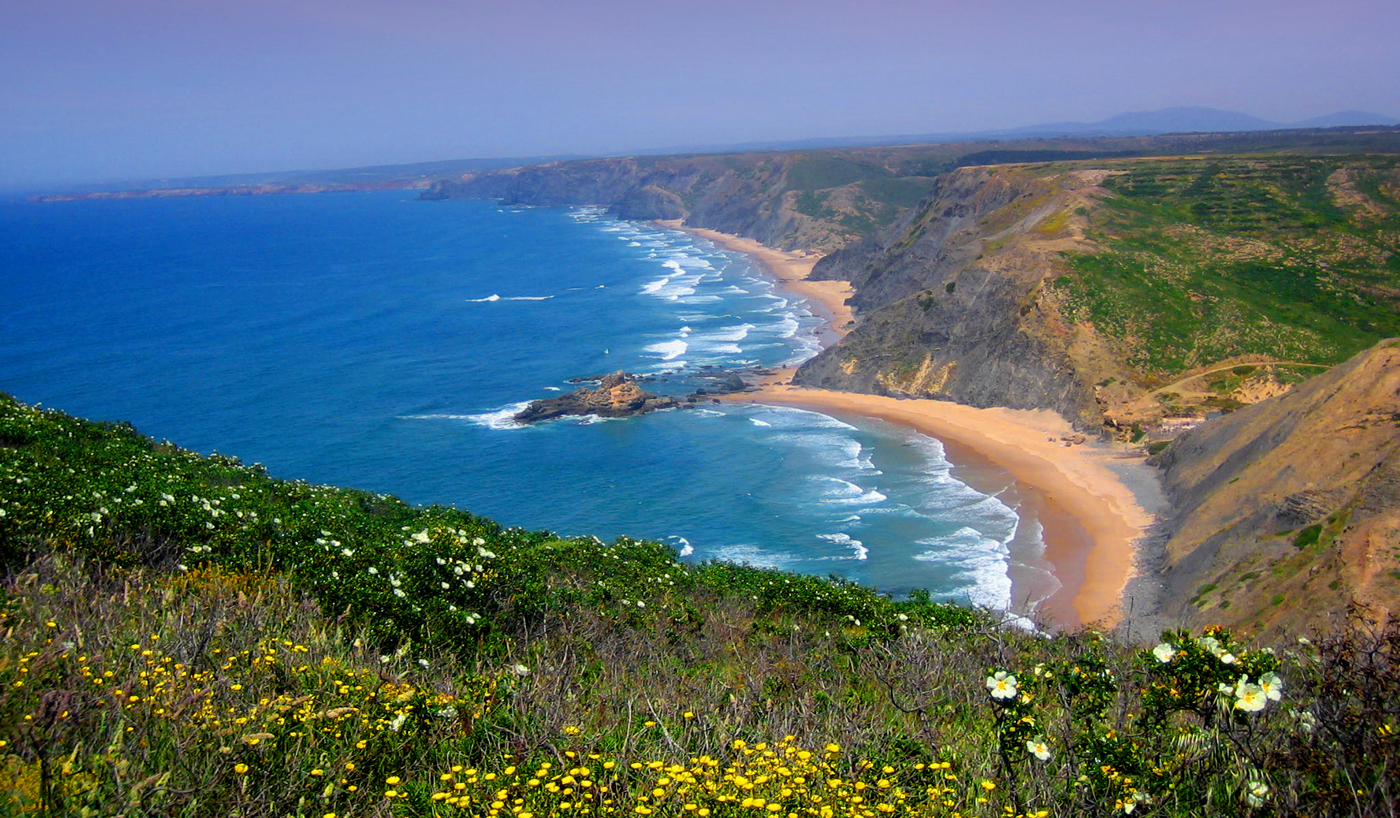 Scattered throughout the region you will find a vast choice of little hotels, traditional pousadas and country houses from where to explore this rugged space, be it with a romantic pair or with your family. Stretching for over 130 kilometres between charming Porto Covo in the Alentejo and the village of Burgau in the Algarve, the park is blessed with a truly beautiful seascape: often crowned with pristine wind-blown dunes, its imposing escarpments shelter both little coves and vast, dramatic beaches where water streams have engraved a way down to the sea (see Castelejo Trail, Carrapateira Trail, Bordeira Trail, and Telheiro Beach Trail). These remarkable geological features have created a variety of distinctive plant and bird habitats.

The focus of the natural park is famed Sagres Peninsula, where Sagres Point and Cape Saint Vincent are located. Here, the imposing limestone cliffs have been carved into a series of rugged headlands and offshore stacks that signal the grand finale of mainland Europe. In fact, for millennia this exact site was considered the end of the known European world (see also Cape Saint Vincent | Travel Advice). All that has changed in the early 15th century, when Prince Henry the Navigator established a school of navigation in Sagres from which the Age of Discovery was launched.

Persistently beaten by stormy Atlantic waves, this peninsula is topped by a vast limestone plateau where unique animal and botanical species abound: one such example is the curious species of Biscutella depicted above on the right. In fact, a masterpiece of colour and texture starts to arise across the park when the warm weather arrives, courtesy of about 700 species of plants and their flowers, of which 100 are rare or endemic to these distant shores. Nowadays, the park is one of the few places in Europe where otters still hunt in the sea; accompanied by Red-billed Choughs and Peregrine Falcons, this is also the only place in the world where the graceful White Stork (Ciconia ciconia) nests on sea cliffs. Indeed, the park’s birdlife is very diverse, and includes both rare migrants and quite a few notable residents (please see Algarve Birding Hotspots). The austere tableland is the famed abode of bird species such as Little Bustard, Stone-curlew, Thekla Lark and Richard’s Pipit. Being continental Europe’s southwesternmost point, this peculiar place establishes a natural bridge between the North African, European, and Mediterranean bioregions.

Such location makes it especially important as a waypoint for migrating species, in particular for raptors, for passerines and for soaring birds: each autumn, thousands of birds large and small can be clearly observed while making their trans-Saharan journeys. Apart from walking, hiking, birdwatching and sunbathing, there are countless things to do, to savor, and to just discover with great pleasure along the Vicentine Coast. Here, the local gastronomy is based on fish and shellfish caught day in and day out by artisanal boats or by cliff fishing – and this seafood comes from crystalline pure waters. There are also relaxing spas, horse riding, golf, and a plethora of sports and water sports, from surfing to diving, and from snorkeling to leisure fishing. Alas, Costa Vicentina is a great wild retreat for those wishing to revive their body and soul in a fittingly reinvigorating natural setting. Image below: A Terceira Dimensão

You can also explore the Vicentine Coast Natural Park by choosing one or more of the recommended activities listed below. We’ve selected these outdoor activities because the following chartered touristic operators show both respect and knowledge about the park and about its culture and wildlife, and also because their services were highly rated by previous clients. All bookings are made through Viator, a TripAdvisor® company. Enjoy! 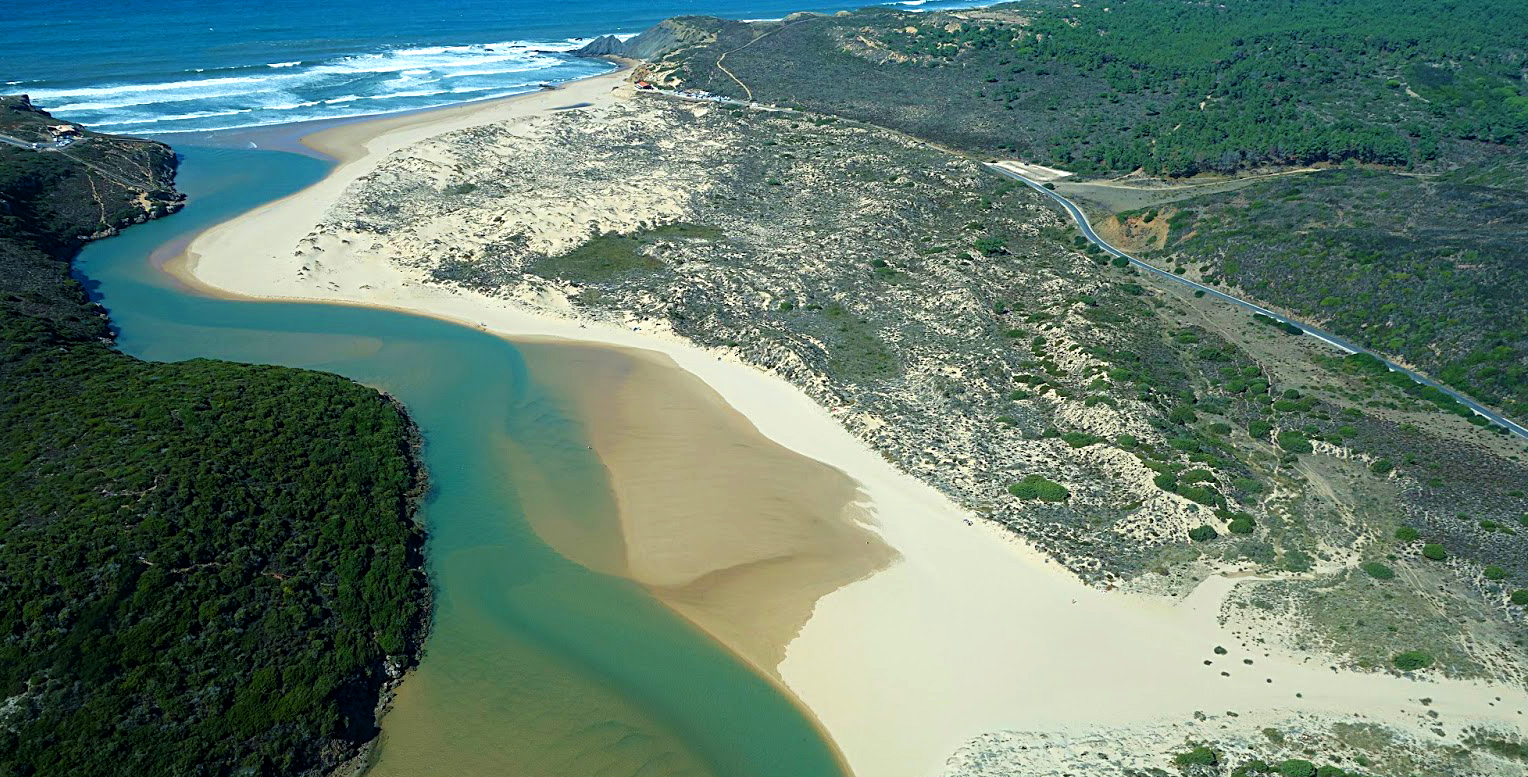